So just 84 days after BVB conspired to somehow let the “people’s team” Hoffenheim enjoy yet another season in the German top flight, the Bundesliga is back and after all the talk in that time of how many points Bayern will win the title by or when they will implode, at last we can settle down and let all the talking be done on the pitch.

So where are we? Dortmund look to have bought well in the transfer market, the numerous players linked and then dismissed (bringing certain amounts of unneeded panic) seems a long time ago with only three new “signings” coming in – certainly adding more depth to a squad that looked thread bare down on occasions – and a number of players promoted from the reserves, as Jürgen Klopp looks to build another side to mount a challenge for the title.

The signings seem have to been well thought and particularly with Henrikh Mkhitaryan and Pierre-Emerick Aubameyang having the look of prototype Klopp players with the Armenian having a defensive side to his game something that surely must have seen him become a better option than the much discussed Christian Eriksen. Plus, though he may not be as skillful as Mario Götze he looks a more game intelligent replacement particularly in front of goal and adds further spark in the offensive positions. The youngsters, particularly Jonas Hofmann have impressed and have been ingrained into the Klopp methods of working and it will be interesting to see their development and if they will be utilised during the season, as tinkering with his first choice 11 is something that Klopp is not renowned for.

Tactically, Klopp however does like to change and this has once again happened over the summer with the heavy pressing game now seemingly being ramped up even higher with the onus being that when they win the ball back in the opposition half they have to try and test the keeper within 10 seconds. This may mean a more direct approach, but more likely to be seen as a move to allow the likes of Mkhitaryan and Marco Reus to run with the ball at pace, to capitalise on a back tracking and out of position defence with their lightening movement.  Ilkay Gündogan’s goal against Bayern in the Super Cup probably showed this at its best with his direct approach rather than looking to spread wide as in previous seasons.

The Robert Lewandowski affect on himself and the team is likely to be the over-riding factor for the season, it will be interesting to see if he will continue with his ill advised comments as that will not work well with the supporters or team mates, with some thoughts that he has already ruined his relationship with the former. His form over the last few years has been superb and his all round game make him one of the top strikers in Europe and a perfect fit for Klopp, but he should not forget who got him into the top of the game in the first place.  Hopefully his professional side will come to the fore, as a poor season for him may not help his future career and his particular way of responding when he realises that for the moment the sweet jar is firmly shut will show the kind of character of the man and will form his legacy at the club.  The management have been strong with this and I am sure if he starts to fall out of line, he will suffer the consequences.

Overall, The key for Dortmund is cutting down on the silly mistakes that cost them last season, the heavyweight Champions League group, did see the eye move slowly away from the Bundesliga and an improvement of results against the weaker sides in the division will be vital as they seem to lose the killer instinct when it mattered against these sides. The lack of breaking down an opponent needed to be addressed (surely the reason for the increased pressing) as that seemed to evolve into mistakes in defence as concentration waned.  The number of goals conceded was a bug bear for all concerned and the comments from the likes of Mats Hummels and Neven Subotic shows they realise that this must not happen again. Though a dream end to the season does involve a trip to Lisbon, a realistic chance of regaining the title is probably more of an option in my eyes for season 2013/14.  If Bayern are going to have problems, be it on the pitch or off it, the time to pounce is nice and early with a good start to the season, with all the early games certainly winnable.

Whatever happens it is not likely to be dull, as another chapter opens up which I am sure is going to have everyone on the edge of the seats. The Bundesliga is back and I for one can’t wait. 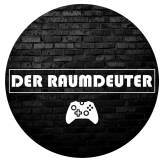