One simple tweet from Raphaël Guerreiro seemed to quieten reports that Borussia Dortmund were closing in on his signature on Thursday…until he deleted it.

BVB have been linked with a number of players in recent days but Guerreiro is the most ‘senior’ of the alleged targets.

A Portuguese international, the 22-year-old can play left-midfield as well as his favoured left-back position, making him a fairly natural option to replace or (more likely) play understudy to Marcel Schmelzer. All of last season, Dortmund fans saw Schmelzer used in a very advanced role in a back four as well as alongside a back three, it appears to be a role which would suit Guerreiro.

After a few days of reports that BVB and Lorient were in negotiations, it emerged on Wednesday that the French club were looking for between €12m and €20m for the player, the higher-end is something BVB would surely be put off by.

Then, on Thursday, came the news from francefootball and footmercato that the clubs had reached an agreement for a fee of around €10m plus bonuses and a deal would be announced in the coming hours.

There was more to come though, as Guerreiro himself took to Twitter to reply to the footmercato journalist claiming the information, saying this:

“Ah, ok, thanks for the info *applause*”

And that’s not all.

No, in this crazy modern day age of footballers and journalists using Twitter, Guerreiro deleted his tweet, leaving us all wondering whether there actually is something in the story. Or maybe his agent just told him it was a bit rude and he shouldn’t have done it.

Guerreiro’s contract expires in the summer of 2017 so one would expect Lorient to budge on an asking price of around €20m sooner or later. Having already completed the signing of Ousmane Dembélé from Ligue 1 side Rennes, die Schwarzgelben seem eager to tie up more deals early this summer. 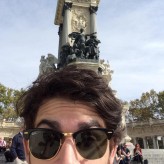